In May of 2019, the Supreme Court of California handed down its ruling in a case titled Black Sky Capital, LLC v. Cobb. In that case, the court held that California’s anti-deficiency statute—California Code of Civil Procedure § 580d—did not bar a creditor who held two deeds of trust on the same property from recovering a deficiency judgment on the junior lien, when that lien had been extinguished by a non-judicial foreclosure sale on the senior lien. In the wake of the COVID-19 pandemic, this decision will likely make it easier for lenders to recover deficiency judgments against borrowers in default.

Under California law, there is “…an elaborate and interrelated set of foreclosure and anti-deficiency statutes relating to the enforcement of obligations secured by interests in real property.” Alliance Mortgage Co. v. Rothwell, (1995) 10 Cal. 4th 1226, 1236. Creditors seeking to recover a debt secured by a deed of trust on real property may do so through a nonjudicial foreclosure action, in order to sell the property at a public auction. However, in accordance with California Code of Civil Procedure § 580d, the creditor cannot collect the difference between the amount of indebtedness and the fair market value of the property—known as a deficiency judgment—if the property is sold for less than the debt amount.

Facts of the Case & Procedural History

On August 18, 2005, Michael and Kathleen Cobb borrowed $10,299,250 from Citizens Business Bank by executing a promissory notesecured by a deed of trust, also dated August 18, 2005, on a parcel of commercial property in Rancho Cucamonga. Two years later, the Cobbs borrowed an additional $1.5 million from Citizens Business Bank by executing a second promissory note secured by a separate deed of trust on the same property. In 2014, Citizens Business Bank sold both loans to Black Sky Capital, LLC (Black Sky). Later that same year, the Cobbs defaulted on their loan and Black Sky sent them a notice of default and election to sell the property under the first deed of trust. Black Sky then acquired the property at a public auction for $7.5 million. Black Sky subsequently filed a lawsuit to recover the amount still owed on the second deed of trust extinguished by the foreclosure sale. Both parties moved for Summary Judgment.

Applying Simon, the trial court concluded that section 580d barred the monetary judgment sought by Black Sky and granted the Cobbs' motion for summary judgment. However, the Fourth District Court of Appeal held that Section 580d does not preclude a “sold-out” junior lienholder from seeking a deficiency judgment, even when the same lender holds both the senior and junior liens. This holding—though positive for lenders—marked a significant shift in the application of the exception created by the courts in other districts, creating a split of opinion on this issue among the courts of appeal.

The question before the California Supreme Court was whether section 580d bars a deficiency judgment on a junior lien held by a senior lienholder that sold the property comprising the security for both liens. Ultimately, the court affirmed the 4th District decision, overturning Simon and similar cases.

Accordingly, it is now settled that under Section 580d, a lender with two deeds of trust encumbering the same real property may foreclose the senior deed and sue for deficiency on the junior loan as a “sold out junior.” However, the court noted that “[w]here there is evidence of gamesmanship by the holder of senior and junior liens on the same property, a substantial question would arise whether the two liens held by the same creditor should—in substance, if not in form—be treated as a single lien within the meaning of 580d.” The court did not discuss what might constitute "gamesmanship" but did allude to “evasive loan splitting” and “recovery in excess of what any junior lienholder would be able to recover.” Additionally, the court highlighted the timing of loan execution as an important factor to consider. In Black Sky, the two loans “…were executed in separate transactions more than two years apart.” In Simon, on the other hand, “…the junior and senior loans were issued just four days apart, and the deeds of trust securing the loans were recorded on the same date.” This suggests that where stacked deeds of trust are concerned, the timing of loan execution will be critical to any analysis of loan splitting or gamesmanship.

The Supreme Court’s decision represents a major turning point in the application of California’s anti-deficiency statute and provides substantial support to lenders holding both senior and junior deeds of trust encumbering the same property. Lenders making multiple loans secured by the same property should, however, exercise caution to avoid the appearance of loan splitting or other actions that could be considered “gamesmanship,” designed to skirt anti-deficiency laws. The attorneys of Johnson, Rovella, Retterer, Rosenthal & Gilles, LLP have decades of Real Property experience. We stand ready to assist you with all your Real Estate and Real Property needs. Should you wish to speak with an attorney, please contact J.R. Parker. He can be reached, via e-mail, at jr@jrgattorneys.com, or telephone, at 831-240-4498.

J.R. is a Litigation and Land Use Associate with Johnson, Rovella, Retterer, Rosenthal & Gilles, LLP. He specializes in Litigation, Land Use, Energy, and Environmental Law. 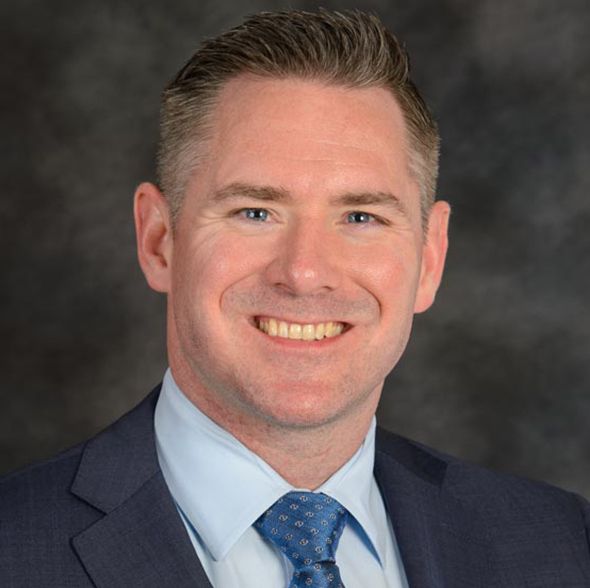